Before I start this post in earnest, let me categorically say I don’t blurb my ramblings down here in order to get free beer. If I did, there would be very few posts. Over 90% of my reviews are bought and paid for by me, as they should be. Most trusted beer bloggers I know pay for the vast majority of their beer. Clear? Then we’ll move on.

It just so happens that a few donations came my way at the recent Belfast Craft Beer Festival, so it seems fair to round them up here.

I’d never before had anything from County Wicklow’s Larkin’s Brewing Co but that was firmly put right after meeting up with Mark aka @antrim_man, who now lives not far from the brewery. A fair old jovial yarn and a 440ml can of pale ale and IPA were thrust in my direction. The pale had a welcoming citrus and tropical hop sweetness, tangerine and pineapple to the front and that’s where they stayed. Not overly bitter but a really easy going, summery, barbecue beer – and so my Larkin’s virginity was taken.

With that experience behind me I was looking forward to cracking open the 6.5% ABV IPA. It’s basically a ramped up version of the pale ale. Thicker and hazier than the pale and with a gorgeous passion fruit and mango aroma, there’s a delicious combination of fruity and spicy US hops in there. It’s tongue tingling and lip smackingly tasty and begs the question, when will it be readily available in Northern Ireland?

Thanks to Kevin aka @TheDirtyHallion for a 330ml bottle of Downstream India Pale Lager. A product of Warrenpoint’s Mourne Mountains Brewery and export distribution company Ireland Craft Beer, this uses Blockchain technology to give you more information about the beer than you’ll ever want or need. Scan the QR code on the front and everything from the bottle number (mine was 601 out of 4364 – I know, you’re fascinated) to the type and amount of malt, hops and yeast used, the brewday and step-by-step details of mashing, fermentation, conditioning and bottling are all here. It’s like a brew thesis. More importantly, what does it taste like? India Pale Lagers don’t really fit into a category, thankfully – it’s brewed with lager yeast instead of ale yeast so expect a lager style? Er, yeah. And a hoppier IPA element? Well, not necessarily. It’s complicated. But it should be crisp, and this is. It’s a lager-esque 4.5% ABV and has a agreeable combination of light and sweet lemon fizz mixed with a grassy dryness that should appeal to lager lovers and those who prefer their hops on the conservative side. It’s great to see this abundance of information on a label and certainly puts many contract companies to shame who don’t even detail where their beer is brewed. 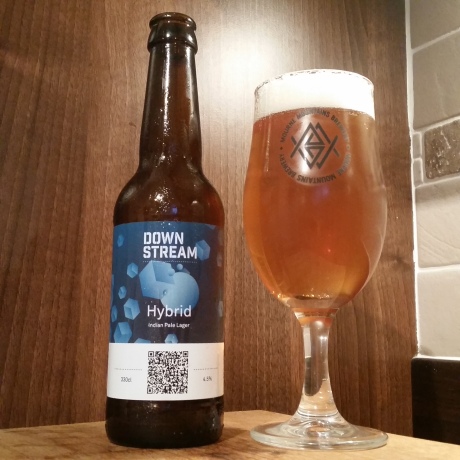 The Hillstown gang (Jonny, Sam and Nigel) passed me an unlabelled (but since labelled and released) can of their new collaborative brew with Dublin’s The Porterhouse Brewing Co – a 4.4% ABV New England IPA called Hazy Border. We all have an idea of what a NEIPA should look like, and this didn’t look like it. It poured clearer than expected like a standard IPA with none of the expected haze that divides opinion among the beer w@nkers the world over. “Is it a good thing? Is it a dastardly curse that will create the beginning of the end of civilisation as we know it?” Ah get over yourselves people. Embrace the haze. Hazy Border was, well, not hazy. And surely that’s the whole raison d’etre of calling a beer this name? Purpose defeated before tasting. When it was tasted it was good – there was a lovely combination of malty backbone, peachy fruit and piney bitterness and if it wasn’t labelled as a hazy New England IPA I’d have no issue at all. Thing is – it is, so I do. 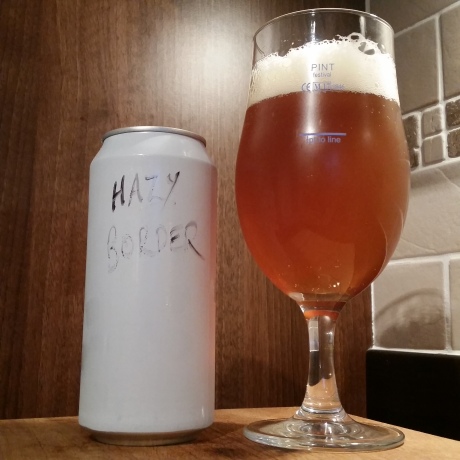 Finally, out of leftfield, or more specifically New York, comes Triple Mosaic Daydream from the revered and much worshipped Other Half Brewing. This beast of a 10.5% ABV IPA comes courtesy of the much travelled and hugely generous Erol aka @ebuc, who always seems to be on a plane to foreign climes and naturally therefore bringing native beer back to our wee country and his gaff. This triple looks great in the glass – creamy thick, oaty and has a great tropical aroma. There’s very little bitterness about it and the smooth fruity Mosaic hops are the star of the show here – but beware of the ABV. Did I mention it’s 10%? There’s no way you’d guess, the alcohol hides as well as Portugese clown/defender Pepe in a World Cup game.

And with that comparison, it’s back to the very important France v Peru. I’ve a work sweepstake to analyse – guess who pulled out Brazil!