A quick post about the recent return of Magic Rock‘s Cannonball series.  The Huddersfield brewery has been annually releasing limited edition and ramped up versions of its 7.4% ABV Cannonball IPA.

We’ll begin the round up, not with that as it’s available all year round, but Human Cannonball, a west coast style double IPA.  Shines golden from the Magic Rock glass, Human is piney and pithy sharp at times but a rounded and mellow mango fruitiness holds it back from crossing my line of sharp vs too sharp.  That said, the 9.2% ABV is very noticeable here.  There’s a strong boozy burn lurking in Human Cannonball – a burn that takes control of the beer the further down the glass you go. 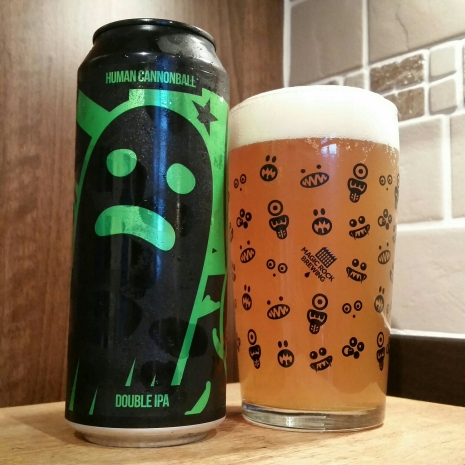 New on the Magic Rock scene for 2018 is Neo-Human Cannonball, a New England version of Human with added oats for those who like their beers that style and colour.  That’ll be me then!  This is one helluva juicy banger.  Hazy, less piney and oatiness turned up full which leads to a superb double IPA full of mango and passion fruit, but still with an acceptable of bitterness.  Simply put, I loved this.  It’s so easily drunk and there’s none of the alcohol burn seen from Human even though both beers boast the same strong 9.2% ABV.  I enjoyed Neo so much, I bought more next time I saw it.  You should too. 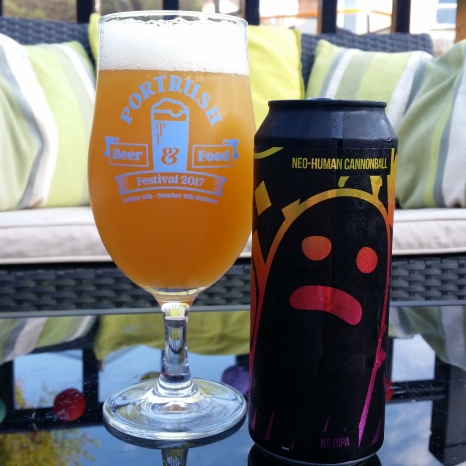 Finally the big brother of the trio, the beasty 11% ABV triple IPA Un-Human Cannonball.  Sorry to be all 2013 but Un-Human came in like a wrecking ball.  I know, that line is sooo five years ago.  That familiar piney aroma from Human is there with an unsurprising massive initial bitter alcohol hit – it’s very oily and pine heavy with a sweetness but doesn’t seem to have any finesse.  Don’t get me wrong, it’s still enjoyable and very drinkable but I feel it could, and should, be better – cue folk rolling their eyes about me drinking an 11%er and complaining about it having a high alcohol taste.  Ah well. 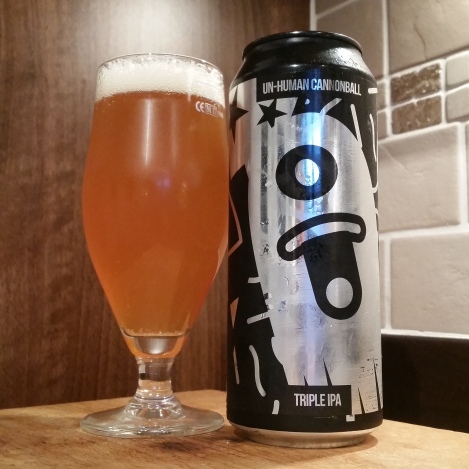