There’s an online thing that does the rounds in late December called Golden Pints or #goldenpints if you wanna be really nerdy.  It’s where folk (usually English) who like beer enough to write about it vote for their favourites. But why should the English get all the glory?  The Irish beer scene, north and south of the border, is thriving and riding the crest of a fantastic hop-filled wave.  So it’s time to throw down the stereotypical shamrock encrusted gauntlet, raise up a glass of non-Diageo stout and declare my Golden Pints #goldenpints for our emerald isle.

Best Irish Cask Beer – Lacada Utopian Stout
Irish cask is a rarity to say the least with only a handful of Irish breweries semi-regularly using this dispense method.  This stout from Portrush’s co-operative brewery is a smooth blend of bitter coffee and sweet chocolate. 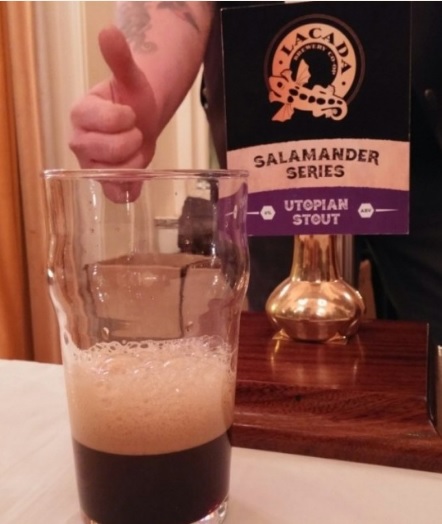 Best Irish Keg Beer – Galway Bay Change of the Guard
This fantastic triple IPA was Galway Bay Will’s first brew after joining the brewery and Chris’s last before he went to White Frontier in Switzerland, hence the name.  A very limited release, it made an appearance at the 1st Belfast Craft Beer festival in the spring and hop-bombed everyone out of the tent.

Best Irish Bottled Beer – McGargles Francis’ Big Bangin IPA
McGargles didn’t have the best introduction to the beer scene a few years back with less than favourable reviews but they’ve upped their game considerably this past year. Big Bangin’ is indeed that.  Hoppier than a roo on a trampoline and with such a delicious citrus aftertaste. 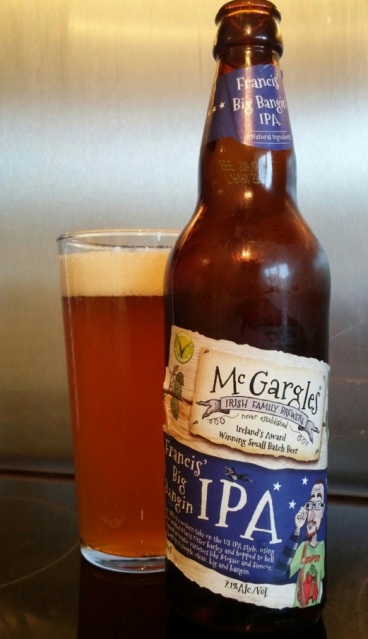 Best Irish Collaboration – Kinnegar Cage Fight
Donegal brewery Kinnegar teamed up with Belfast’s Sunflower Pub and released Cage Fight to celebrate the popular bar’s independence from Diageo and the like.  Also in keg but this porter is better in bottle, there’s a bitter choc start with the faintest of sour cherry.  This is soon swept aside with a lingering but not overpowering chilli heat. 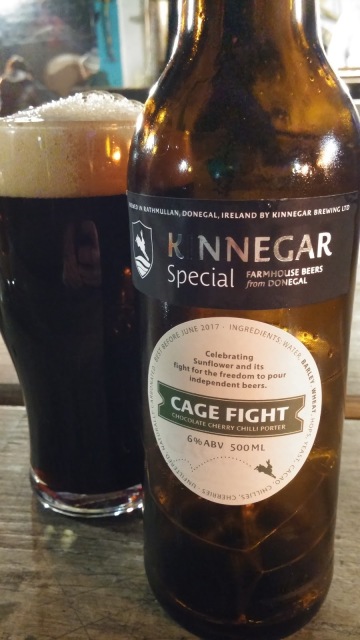 Best Irish Cider – Tempted Festival Scrumpy
This deservedly won my best overall drink at the Belfast Beer and Cider Festival.  Smooth apple pie in a glass and all that was missing was custard. 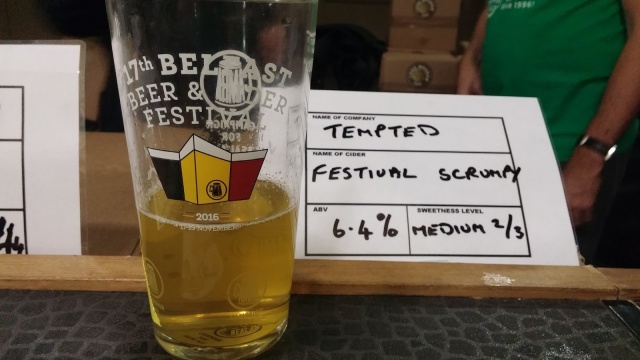 Best Irish Brewery – Farmageddon,
The Co Down co-op just pips bigger boys Eight Degrees and Galway Bay by the tiniest of margins (according to my Untappd ratings)

Best New Irish Brewery Opening 2016 – Bullhouse
Willy Mayne is the man behind this new Newtownards brewery that has already produced an impressive array of brews, including a potato saison and barrel aged imperial milk stout.

Best Overseas Draught Beer – Buxton/Omnipollo Yellow Belly
Not to be confused with the Yellowbelly brewery, this 11% ABV imperial stout is a collaboration between England’s Buxton and Sweden’s renowned Ominpollo. A beautiful beast.

Best Overseas Bottled Beer – Cloudwater DIPA v2
Everyone knows Cloudwater and everyone knows about their double IPA hype machine.  The first I had of theirs was in February and it was an eye opener.

Irish Pub of the Year – Kiwi’s Brew Bar, Portrush
This north coast haven wins for the second year.  It would be all too easy to pick a bar from Belfast, Derry, Dublin, Galway or any other city.  Portrush is a small seaside town on the north coast, not renowned in the past for craft beer or craft bars.  New Zealand born owner Kris is changing all that with a good selection of alternative beers served by great staff.

Best Irish Festival of the Year – Irish Craft Beer Festival RDS Dublin
I love this festival.  It has wide range of Irish brewers serving their own brews with great food sold out the back with a DJ pumping out some tunes while you eat.  Any festival that has music away from the main hall and not drowning out a conversation while you drink is on to a winner for a start.

Supermarket of the Year – M&S
Tesco? Asda? Sainsbury’s? Nah, M&S just edge it though I’m not jumping through hoops about it.

Independent Retailer of the Year –
Support local.  If you don’t, your local indy stores will disappear all too quickly.  Neill Wine from Co Down opened a new premise in my Co Antrim town of Carrickfergus in late 2016.  That’s why they get this award.  If you’re in the area, drop in.

Best Beer App – Untappd
Ratebeer is dead.  Very few folk I know use it any more, it’s rarely up-to-date and is convoluted to use.  Step up to the mark Untappd.  I love it.  It’s easy to use, make comments, add new beers and rate them (ironically).  Simplicity is the way forward.

Simon Johnson Award for Best Beer Twitterer – Beer Doodles
I love this.  Go see it now if you haven’t already.

One thought on “Irish Golden Pints 2016”