Boundary has been pumping out the beers recently faster than a five handed Irish barman on Saint Patrick’s Day. One of the latest is Imbongirific, an 8.9% ABV tropical double IPA and a ramped up version of its tasty Imbongo IPA. Expect a high stone fruit content of juicy mango and papaya, not only on taste but to look at too. It’s murky, thick and creamy with a deceptive alcohol hit to start with until you get that slight burn at the back of the throat, just reminding you it’s a double. It’s fruit then booze. 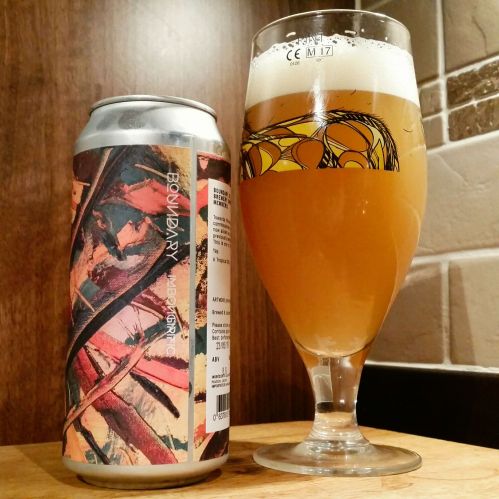 This reminds me greatly of Waterfall double IPA, a result of Boundary’s collaboration with Cloudwater last year. I was a big fan of that and Imbongirific is right up there alongside it. I wonder just how much the two beers differ?

Anyone who has seen the sun set on the north coast knows it’s quite spectacular so with a name like Sundown, Lacada‘s first blood orange IPA has an image to uphold. It’s 5.7% ABV, golden brown and smells hugely malty. A surprise of some black pepper spice is first to greet me, followed by a wave of maltiness and a slight undercurrent of sharp orange citrus. 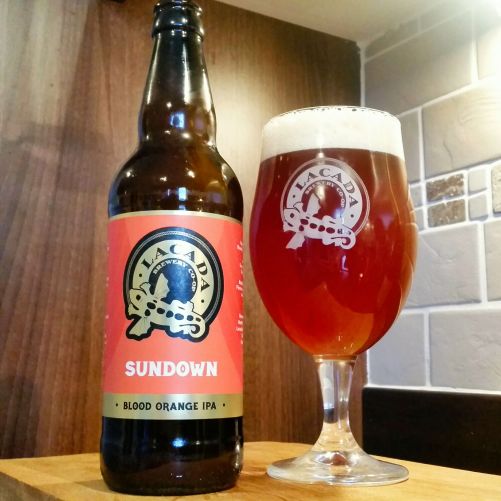 Blood orange IPAs are always a tough one for brewers – how orange do people want it to be? Sundown is for those who prefer not to have a massive orange juice bomb in a glass but like their IPAs to have a maltier base.

Also with a sunny disposition, Warrenpoint’s Mourne Mountains Brewery has released Sunlit Uplands, a 5.5% ABV and a verbal nod to the Brexit debacle. Or is it Churchill? I think I recall him using that phrase too. Yes, let’s go with Churchill. It’s labelled as an Extra Special Bitter, (there’s a description you don’t hear too often in Northern Ireland) but what exactly is it? Think along the lines of Shepherd Neame’s Bishop’s Finger or Greene King’s Old Speckled Hen.

This is much better than either of those two. Or even both put together. It’s a gorgeous deep mahogany coloured beer with a whiff of pear and that faint pear essence continues on tasting with a slight nuttiness in there too. This is a complex and thoughtful beer. A solid bitterness with lots of levels, woody, nutty, not heavy with that aforementioned pear element lifting it. Extra special indeed.

Everyone loves a wee Beer Hut swally. And why not? The boys have been banging out quality brew after brew this past year or so and next in line is There’s Something In the Water, a 6% lactose IPA. 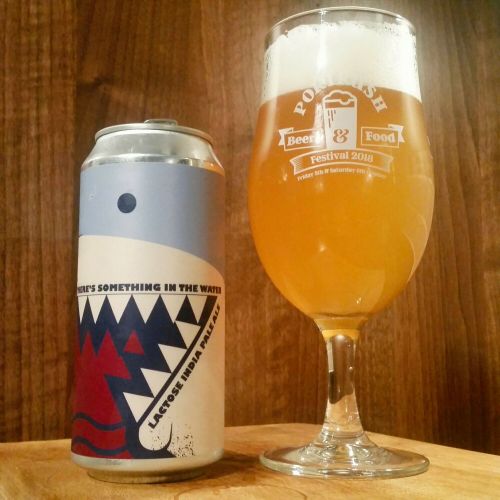 First impressions are encouraging, it’s got a cracking head with a delicate mandarin and subtle grapefruit aroma. Me likey. As you would expect, the lactose gives it a creaminess and mixed with an oaty thickness, this ends up as some kind of mild milkshake IPA. Again, me likey. Sweet mandarin and watermelon with a smidge of woody spice while retaining a good level of bitterness. Down Kilkeel way, there’s definitely something in the water. I’m looking forward to the Beer Hut/Lacada collaboration soon.

Finally, a brewery that has slipped under so many radars and is quite hard to track down if you’re not up round Derry way. Michael O’Connor is the man behind O’Connor Craft Beer from near Greysteel and many thanks to him for sending some bottles my way. 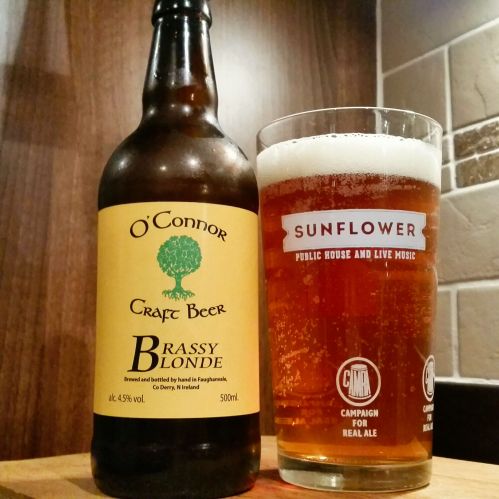 Brassy Blonde comes in at 4.5% ABV and I’d describe it as more amber than blonde. The carbonation is a touch on the low side but the caramel undertones perhaps lend itself to that. It’s a malty raisin beer – not what you’d expect from a blonde – but enjoyable nonetheless. Think of a beery version of Garibaldi biscuits/red berries mix with floral and bitter hues and you’re somewhere along the right line.