Here it is again, the end of year thought process as to what were my favourite Northern Irish beers.  I’ve written another blogpost here about the new NI breweries that opened in 2015 and another post on my overall Golden Pints of Ireland so I’ll not go into detail about that here, hence to say there were a lot more beers available in 2015 than 2014.

You may agree with some placings, you’ll probably not agree with lots.  But that’s the way these things work.  Remember I can only vote for brews I’ve actually had.  I’ll admit I’ve tried quite a lot of Irish beers (North and South) over the past year but couldn’t have them all.  If your favourite beer isn’t listed, it could be that I didn’t get the chance to try it.  So to quote @thebeernut from last year, here’s my “tiny and twee” list of NI winners for 2015 :-p

Controversial to start, my top dark of 2015 goes to a pumpkin (love it or hate it) beer from Warrenpoint’s new brewery Mourne Mountains.  Also praise due to new co-ops Boundary’s Export Stout and Lacada’s Stranded Bunny.

This was in great condition at the Belfast Beer Festival, as was Northbound’s 47 IPA.  The Mosaic cask outing was better than the bottled output in my opinion and the Farmageddon gang also did a great Hopburst IPA earlier in the year.  Shout outs too for Whitewater’s Maggie’s Leap, Lacada’s Giant’s Organ and Boundary IPA.

Best Pale Ale – WALLED CITY Boom
If you ever get a chance to visit the Walled City brew-restaurant at Ebrington Square in Derry/Londonderry, grab it.  James brews a good selection including this quality pale ale and it was my favourite Northern Irish pale of the year.

I’ve admitted before elsewhere that reds aren’t my favourite style and there weren’t many NI amber ales, though I did like this one. 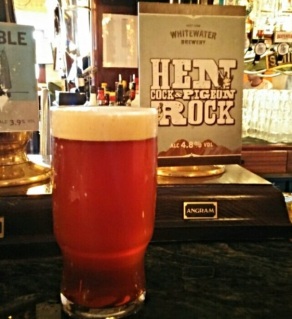 I can’t say much more about 200F that hasn’t already been said by many others, it’s such a great beer.
2nd – O BROTHER Brutus
Joint 3rd – GALWAY BAY Buried At Sea / O’HARA Leann Folláin 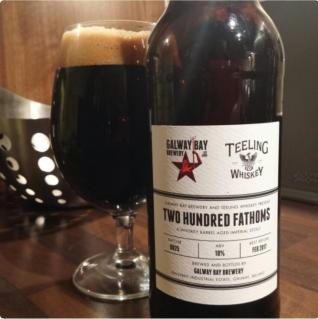 I started controversially and I’ll end controversially.  It really was a close run thing between Mosaic IPA and Pumpkin Porter for my NI beer of the year.  Maybe on a different day the result would be reversed but that’s my final answer…for today.   It’s good to see new breweries like Mourne, Walled City, Lacada and Boundary entering the list here and good luck to all new and existing Northern Irish brewers for 2016.

One thought on “My Best of Northern Ireland 2015”