When I’m in the Republic of Ireland I always try to stop into Lidl to see if I can pick up any of the supermarket’s own-brand beer, not available in Northern Ireland. However what I look for isn’t any old Lidl brand, oh no, this is the superb value-for-money range by The Crafty Brewing Company, brewed by County Kildare’s Rye River Brewing Co.

Northern Irish drinkers are at a massive disadvantage when it comes to good beers in Lidl as southern beers don’t seem to find their way north over the border. So here’s a quick round up of what I picked up while in County Donegal.

First on the list is Crafty Brewing’s 5.0% ABV American Style Wheat Pale Ale and I’m impressed to notice straight away that the neck tie says ‘Brewed in Kildare’.

It would be nice for it to go further and say somewhere in the small print that it’s brewed by Rye River, but Kildare is a start so fair enough. 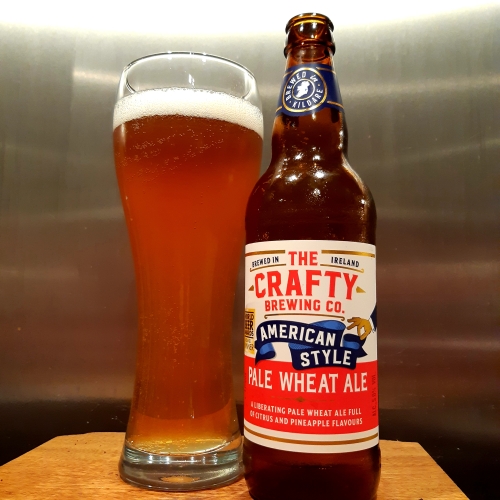 American wheats don’t have the banana and clove aromas and taste you’d expect from a German Hefeweizen and this is exactly what happens here. Instead, there’s a lovely soft citrus hit of sweet mandarin, backed up by a little pineapple-esque twang. It’s delicious, light and I’m left wishing I’d bought more bottles.

Next, the Crafty Brewing Irish IPA. 6% ABV and, like the wheat, starting off with light sweet orange but there’s more of a mango punch to this one. Then comes the delicious, sweet maltiness followed by a fair residue of piney and earthy bitterness at the end. 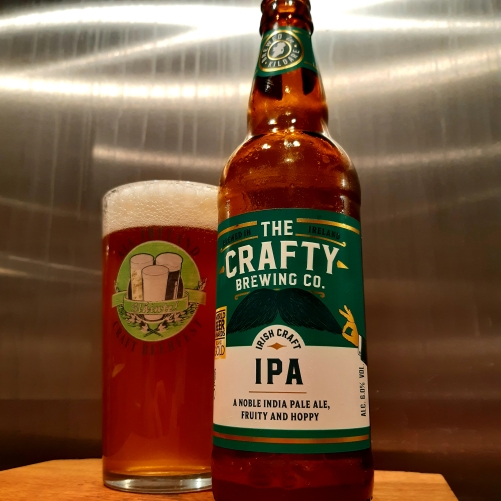 It’s another great supermarket offering from Rye River. Plenty of Irish IPAs are double this price but half the quality.

Finally from the Crafty Brewing range is the American Style Brown Ale. No prizes for expecting a deep, dark brown beer pouring from the bottle. There’s a whiff of raisin as it pours and that aroma transfers into the taste from the glass. Add to that, some light coffee and a hint of woody spice. This 5.0% ABV brown ale has no heirs or graces – it is what you expect it be. Satisfying, no messing, job done. 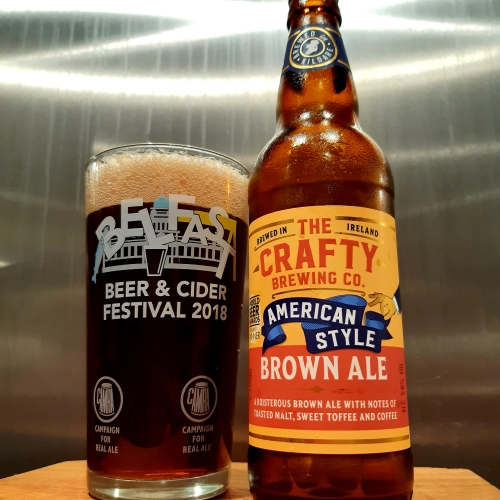 All three of these Crafty Brewing beers are award winning and it’s easy to see why. At around €1.99 a bottle or 3 for €5 for most of the Crafty Brewing range, you really can’t go wrong. You’re a fool if you pass them by. Don’t be a fool.

Also on the shelves of the Lidl I popped into was a selection of 330ml cans from Dublin brewery Four Provinces. 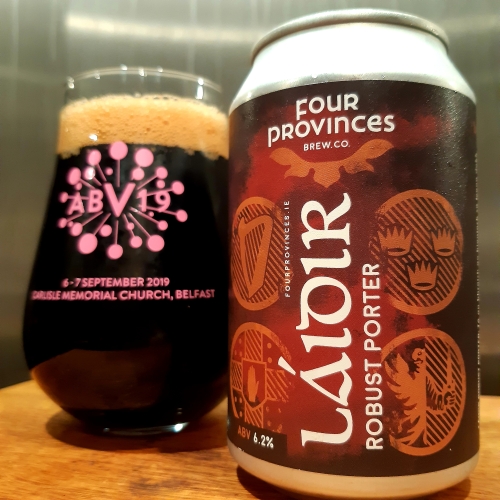 The porter, Láidir looks jet black and is packed with a datey fruitiness, chocolate and plenty of molasses sweetness. It’s thicker than a lot of porters and I like it very much. Láidir means strong in Irish and I’m wondering does that refer to the 6.2% ABV or the taste. I don’t think it’s either to be honest but hey, what do I know. It’s a lovely porter either way.

Finally for this round up, Piper, a 5.0% ABV amber IPA from the same brewery. There’s an initial bitter, pithy orange zest on tasting followed by a piney, woody bitterness. All this is quickly passed by the surprising dryness of the beer. A bit more pithy zest comes back but that dry quality dominates as you drink more. It’s not what I was expecting – that being a maltier, more caramel dominant amber beer. 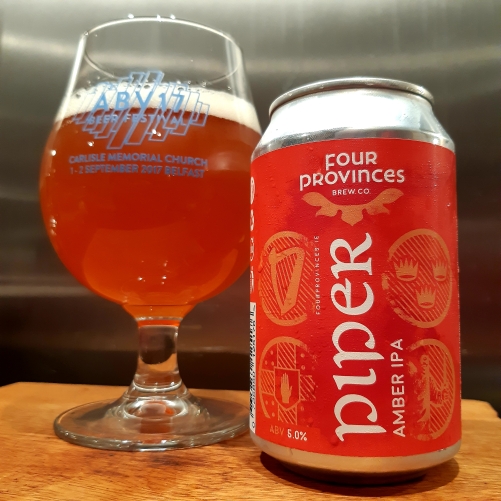 There were plenty more from Crafty Brewing and Four Provinces on offer in the southern Lidl and my plea to Lidl NI is can we please see any north of the border in the future? Because to be frank, the quality of the selection in Lidl’s Northern Ireland stores is shockingly bad.

Who knows with the Brexit debacle, will any southern produce find its way up here in the coming months? That’s another story…