The beer scene across the world is constantly evolving and that also applies to this nano patch of Planet Earth we call Northern Ireland. Some breweries fell by the wayside in 2019 while a few more started up. Some beer styles fell slightly out of favour while a few others gained traction. Some archaic licensing laws seem to be on the verge of changing for the better while politicians are still absent from Stormont.

So what tickled my fancy in 2019? Here’s my Golden Pints list for the year. You may have had some of them, you may not. Your list is highly likely to be different from mine. That’s what makes us all, er, different.

IPAs with lactose divide opinion. I’m all for them. Bite me. There were some superb brews from Northern Ireland this year but the one that blew me away most came from Kilkeel. Creamy mango goodness.

NI Collaboration of the Year: BOUNDARY & ZAPATO – YOU’RE NOT GETTING ANY

This blueberry imperial stout was absolutely gorgeous when it made a re-appearance in 2019. The 2017 version was tasty enough but needed more blueberry. 2019? No worries, more blueberry it is then!

NI Brewery of the Year: BOUNDARY

Following another share offer, the Belfast brewery upgraded, expanded and produced some top quality beers this year. Actually, a lot of top quality beer. Add to that its abundance of taprooms and a great relationship with a local foodbank, Boundary more than deserves the title of NI Brewery of 2019.

Irish But Not Northern Irish Beer of the Year:

YELLOWBELLY vs WICKLOW WOLF – THE WOLF OF MALT STREET 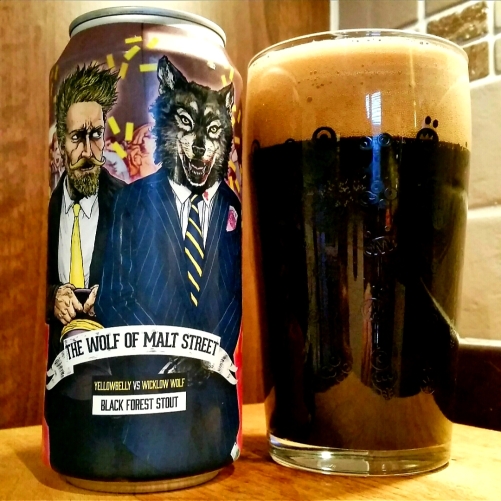 What a delight this beer is. If you like Black Forest gateau, you’ll be impressed. You might even like it if you’re not a fan of the dessert. Chocolate creaminess under a sweet cherry top layer.

There were a LOT of contenders for this category but following in the footsteps of the Boundary in the NI collaboration category, another blueberry stout wins the national title this year. I’ve really become partial to a well brewed smooth blueberry stout with oodles of creaminess and plenty of blueberry and this is the best one I found in 2019. Congratulations to Yorkshire’s Brew York for wining this category two years in a row.

There we have it. Well done to all breweries mentioned. Here’s to a successful 2020 for Northern Ireland’s breweries and all of us who want licensing laws here changed for the better.