A quick round up of some dark beers that hit the Northern Ireland market over the past few weeks. 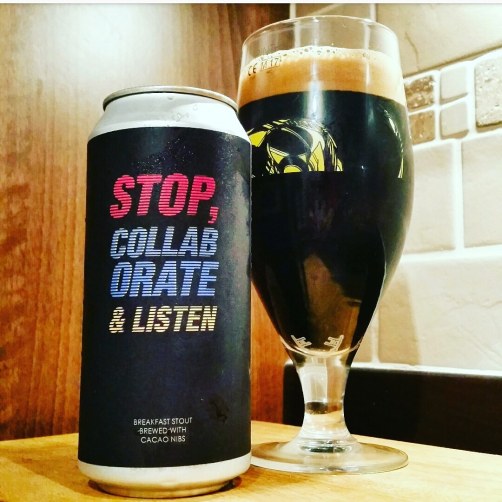 Beer Hut has become one of my favourite local breweries with cracking beers such as Fluffy Bunny marshmallow stout and Boombox double IPA. The Kilkeel outfit has moved into new premises this January, but one of the last beers brewed from the previous location was a collaboration with Newtownards’ Bullhouse called Stop, Collaborate & Listen. Word to ya mutha, hi sham. Brewed with cacao nibs, expect a smooth and creamy 8% ABV stout with a touch of bitter coffee and sweet whiskey. I really enjoyed this and feel it’s one of the best collaboration brews involving Northern Irish brewers over the past year. Less Vanilla Ice, more Cypress Hill.

Another effort involving two breweries is Lessons Learned, a 6% ABV cherry and pink peppercorn porter from Heaney Farmhouse and Boundary. Heaney brews have been coming from the Boundary brewery this past couple of years and a new brewhouse is near completion at Bellaghy. Lessons Learned starts off sweet, a cherry sweetness that filters through to the back of the tongue, giving way to a subtle and tingly spicy froth. Good luck to brewer Mal and all the Heaney contingent in 2019.

Late in 2016, Farmageddon released the popular barrel aged Baltic Porter with Echlinville Distillery and Bailies Coffee Roasters and late 2018 saw the brewery and distillery join up again. Echlinville revived the Dunville whiskey brand six years ago after a disappearance of almost 80 years. The brewery’s porter was poured into single malt barrels and resulted in a lush, smooth pudding-esque porter. Some sweetness is begging to be recognised but the maltiness is so pronounced it reminds me a whiskey-whacked liquid Veda loaf. And if you need to be told, yes, that’s a good thing. 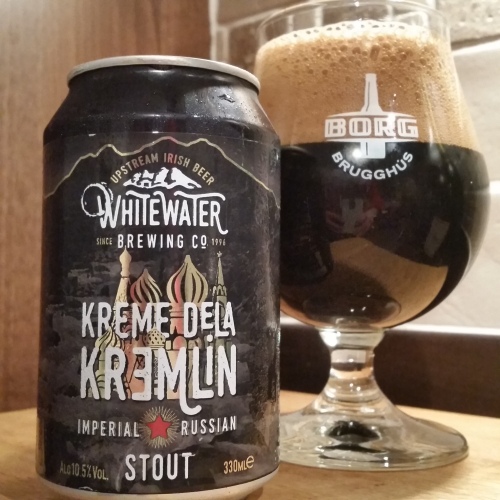 Finally, from Whitewater comes Kreme de la Kremlin. Since the move to Castlewellan, Whitewater has had more space to brew specials and this 10.5% ABV maple syrup stout is the latest in line. Thanks to Kris at Kiwi’s Brew Bar in Portrush for throwing me this can. It pours very black with an inviting head and I’m smelling the sweetness already. Worryingly, I begin to expect over-sickliness but thankfully it doesn’t happen on tasting – the syrup is more aromatic than anything, but you can taste it in the background. Maple stouts are hard to get right and this one does just that, where the sweetness is high enough to be noticed but low enough not to dominate.