A year ago if you mentioned the word ‘brut’, I’d have assumed you were talking about champagne or a dodgy aftershave. But this ain’t no 2017, it’s the back end of 2018 and it’s a time when everyone’s talking about Brut IPAs, right?

But what is it and does it have potential to be the next IPA craze – something akin to the New England IPA fever that’s swept over the beer world?

Simply put, ‘cos I don’t wanna be all boring and technical here, brut IPA origins hail from California and use an enzyme that breaks down unfermentable sugars. It’s usually found in big stouts or triple IPAs to prevent them being overly sweet but if used in a standard IPA, the resulting beer becomes bone dry and effervescently Champagne-esque. 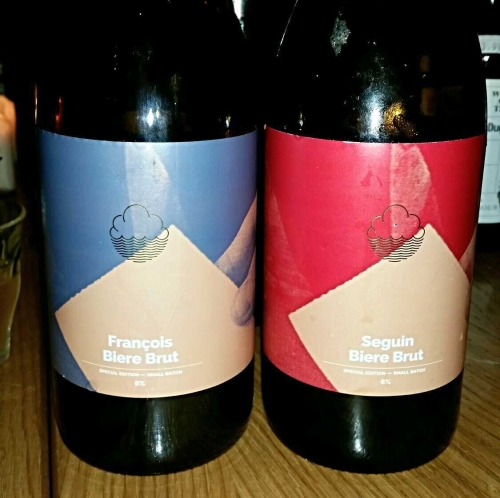 My first (sort of) experience of the style came about at Christmas time when I was fortunate enough to sample two Cloudwater IPAs that used Champagne yeast, Françoise Bière Brut and Seguin Bière Brut. That was followed in September with a hat-trick of beers at ABV Fest in Belfast – Northern Monk’s What Fools These Mortals Be, Cloudwater’s Brut IPA and Marble’s Guillotine. All expectedly dry and all very tasty.

And so it came to pass at the recent Portrush Beer and Food Festival that two Northern Ireland breweries brought along their new brut IPAs on draught. To my knowledge Lacada and Hillstown are the first local outfits to brew a brut IPA, but I’ll happily stand corrected if you know differently.

Lacada’s The Brut Approaches weighed in at 6.6% ABV and came out of the tap very healthily with a superb creamy head, looking like an NEIPA. Just the way I like ’em – opaque and vibrant. This was a happy mix of dry IPA with a slightly fruity watermelon undercurrent. My only regret was that I didn’t go back for more before it ran out. Damn you public for drinking tasty beer! *shakes fist*

Across the hall, the Hillstown contingent was pouring The Full Boar Crew (excuse my awful photo). 6.2% ABV and an entirely different beast to its competitor across the way. Little in the head department but this was much drier. A slight lavender/parma violet vibe coming from it but this is all about the dryness. If it was on a Champagne scale, think more along the lines of Extra Brut or even Brut Nature.

I’ve had very little experience of Brut IPAs but I’d call that a double success for the two Northern Irish brews and big credit to both breweries for giving it a bash. Is Brut IPA the way to go in 2019? Who knows, but all I can say for sure is to expect more breweries to join in the fun. I’m a fan.

One thought on “The Sparkling Rise of Brut IPA”