Isn’t it ironic that following all the religious hatred and fighting in Northern Ireland over the past decades a church should bring so many people together.

(Off at a tangent) Ten days ago I enjoyed a great night’s craic in such a building in Westport, County Mayo.  Snippets here – it’s now a Nepalese restaurant hence the appeal.  (Back on track)  I’m not an overly religious man but once again a converted church drew me near, this time in Belfast.  That’s twice in two weeks Roy! 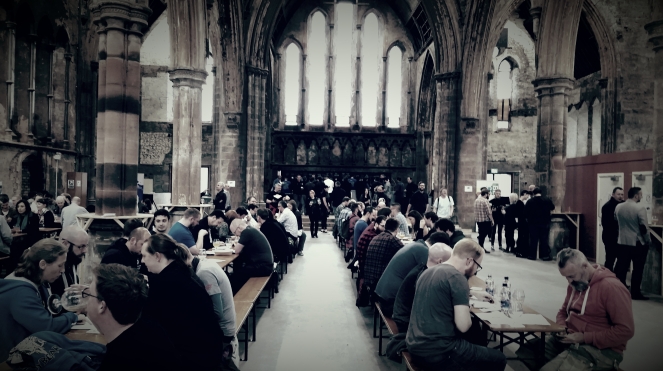 ABV Fest was the reason, a superb beer festival now in its third year and getting better and better.  From the celestial setting of Carlisle Memorial Church to the astounding beer selection of offer, ABV is an all round cracker.  But the beer is only part of the appeal and that’s what makes this event worthy of high praise from all quarters.  The food on offer is top notch nosh, seating is plentiful, atmosphere is relaxed and (back to the beer) the liquid gold comes from some of the most revered and sought after breweries – Cloudwater, To Øl, Beavertown, Whiplash, YellowBelly, Evil Twin and White Hag are among some of the non-NI contingent.  That’s not even a tenth of the list by the way. 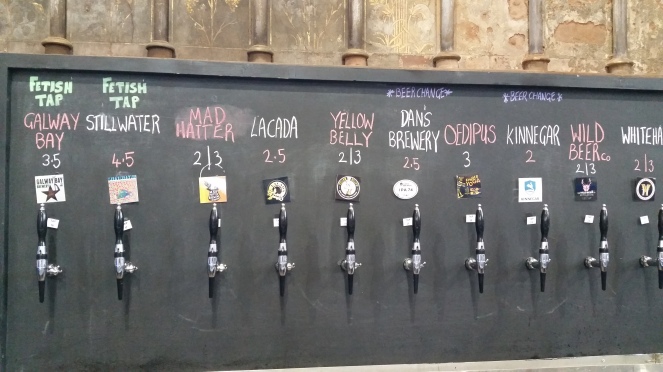 As well as rotating beer taps, beer cocktails, sexy beer glasses and Meet the Brewer talks, the great and the good of British and Irish beer writers, commentators, bloggers, Twitterers, Facebookers and Instagrammers were also present.  And they all seemed to have had a ball.

So this post isn’t a blow-by-blow disection of every beer I had at ABV (Evil Twin’s 12% imperial stout Even More Jesus topped my chart by the way), it’s more of a sincere thank you to all the organisers and volunteers who came together to make this such a wonderful beer gathering on my doorstep.   Belfast and ABV are right up there, matching some of the best beer festivals in the UK and Ireland and long may that continue. 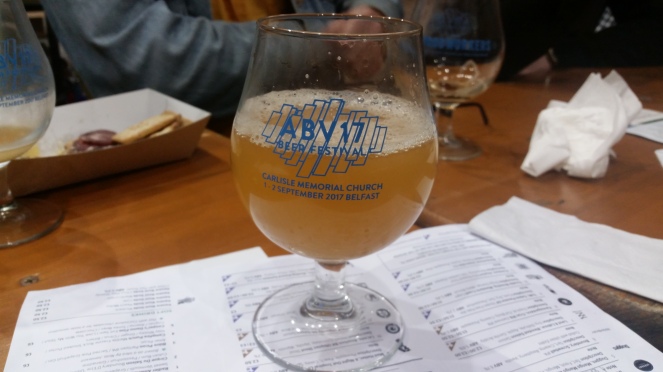 2 thoughts on “Church, Jesus and Me”