Maybe Good Friday isn’t the best day to post an article about bacon *pulls awkward face* … but bacon beer.  Is it a thing again?

Regardless of the answer to that question, it can only be applauded.  Some of you will no doubt be abhorred at the thought of it.  “Beer should taste like beer!” I hear you scream.  If you feel that way, fair enough, stop reading now. 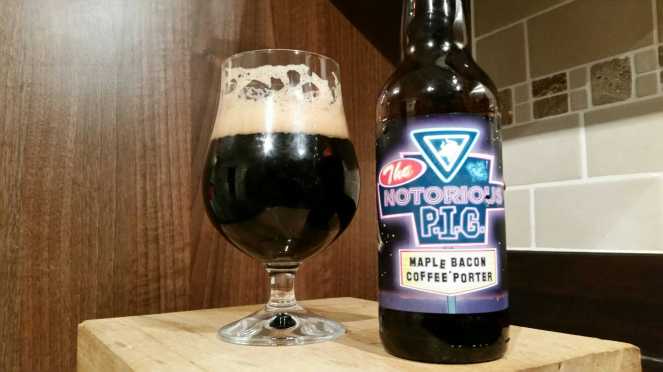 Bullhouse Brewery from Newtownards recently released Notorious P.I.G. a 6.7% ABV maple bacon coffee porter.  Everything about this just makes me laugh – the neon labelling, the name, the taste, and (in general) brewer William Mayne’s attitude of not giving a rat’s about what’s “normal”.

Although there’s not much smokiness in the aroma, it arrives gently on the tongue.  Light smoked meatiness that’s not intense – there’s a phrase I’ve never written before in a beer blog – but you know it’s there.  Slightly sweet too, the coffee is delicate but appears more towards the end.  This ain’t no Nasty Girl, go find it if you can.

Also coming out of Bullhouse at the minute is Koko, a 5.5 % ABV coconut porter.  I have to admit I do love coconut and I enjoyed this.  My experience of coconut beers isn’t that extensive of course (whose is?) I think this was my third ever – the first one being a little light on coconut and the second being top heavy which made it far too sickly sweet.  However Koko was spot on for me, a delicious nutty subtlety complementing the fantastic can artwork.  Even though it’s labelled as a porter this isn’t all that far off being a creamy milk stout, and that’s a good thing.

I wonder what a coconut bacon porter tastes like… I think Biggie would approve. 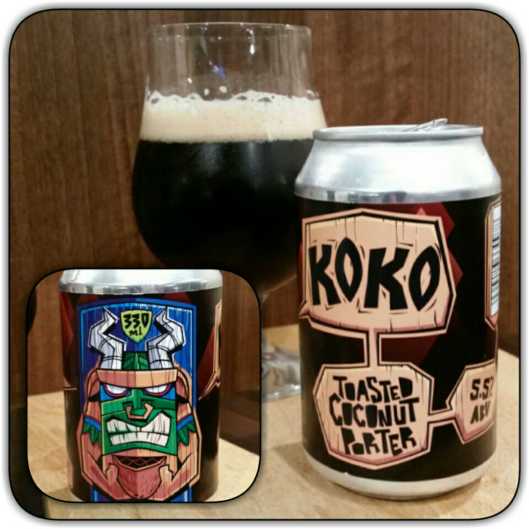 One thought on “No Bull, It Hits the Spot”