It was that time of year again, when around 130 real ales and cider became available at the Belfast Beer and Cider Festival.  One of the biggest single bars in Ireland was constructed over a couple of days inside the majestic Ulster Hall in Belfast – all done by Campaign for Real Ale volunteers.

An incredible sixty Irish beers, yes 6-0 (from North and South) were on tap from seventeen breweries.  This year pleasingly saw a noticeable increase in i) Republic of Ireland brews, and ii) keycasks/keykegs – thirty of which were available with the help of drinks distributor Prohibition. 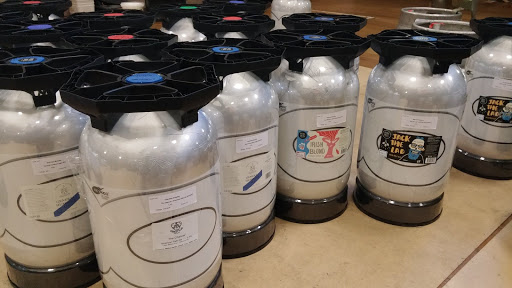 Here’s a quick resumé of some of the beer that caught my eye and tastebuds.  First off, 8:01 Mint Choc Stout (6% ABV) from Rascals Brewing Co in County Dublin.  When I initially had this on the first night the mint was quite subtle with the chocolate dominating, but when I returned to it 24 hours later the mint was more prominent and what I had originally hoped for.  To steal a line from an old After Eight advert, it’s cool, dark and sophisticated.  It justifiably jointly won the Belfast Festival’s new category of Best Irish Beer along with a Farmageddon/Renegade collaboration – Red Eye – a lovely hoppy red IPA.

Staying with the Farmageddon crew, last year their 6.3% ABV Mosaic IPA was my favourite beer of the festival – as you would expect from Mosaic hops plenty of passion fruit and mango with a delicious bitterness – and this year the judging panel crowned it overall Champion Beer of the Belfast Festival.  A superb achievement considering the competition. 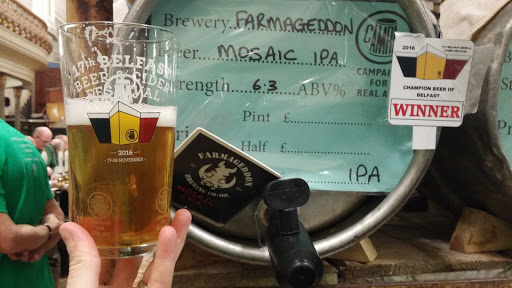 Moving on to North Yorkshire and Rooster’s Baby Faced Assassin, a delicious 6.1% ABV American IPA bursting with Citra hops that oozed mango, grapefruit and pithy orange.  Already an award winner from the Society of Independent Brewers, the Assassin was itself annihilated by the festival public and sold out quite quickly. 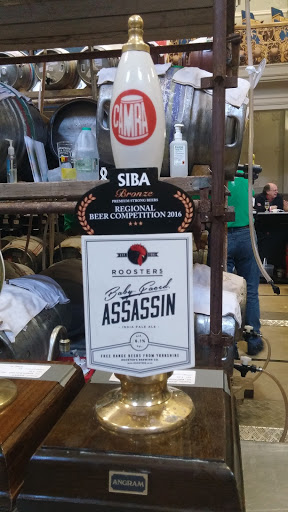 The festival saw the return of Pokertree’s cascadian ale/black IPA, Dark Nirvana.  It had been off the radar for a wee while and was one of my favourite new brews of 2014. I believe it had a new improved recipe this time around and I have to say it’s bang on the money.  At 6.5% ABV, there’s a very faint smokiness – some coffee coming through but not overpowering (the way I like it) – and evokes a reaction that makes you open your eyes a little wider and smile to the person beside you while saying “Oh yeah!”  Definitely the best from Pokertree’s range.

Then from Nottingham came Flipside’s Russian Rouble, a 7.3% ABV stout that was as smooth as Roger Moore’s one liners.  I could actually imagine him sipping one of these (if vodka martinis weren’t his thing) enjoying the bucket load of roasted malt interspersed with a creamy chocolate and coffee blend. 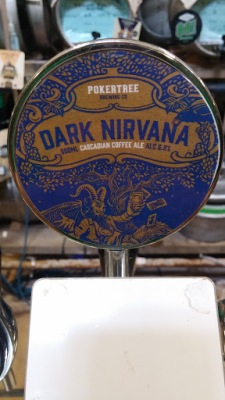 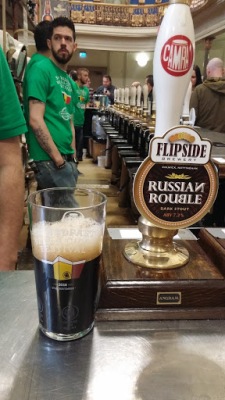 So far I’ve given a little snippet of five beers that I really enjoyed at the Belfast Beer and Cider Festival and with a little trepidation I have to confess that this beer blogger’s favourite drink in the Ulster Hall was …. um … a cider. *where’s the embarrassed smiley?*

I’m not the biggest cider fan but this just blew me out of the applewater.  From Lisburn, Tempted’s 6.4% ABV unpasteurised and unfiltered Festival Scrumpy was just a beezer of a tasty brute.  It’s based on their bottled Medium Dry, but with less added apple juice so the alcohol and flavour is more prominent.  Owner Davy Uprichard told me that night that half the bittersweet apples used in the festival scrumpy are French which gives a slightly more rustic and smokey flavour.  This flavour is then balanced by being sweetened so it ends up medium sweet as opposed to medium dry.
The end product is so smooth, no sharpness or tangy bite at all.  Just imagine a liquid apple pie that is missing a generous dollop of warm custard.  Yeah, that’s where we are with this one.  I was so Tempted, I had a second glass.

One thought on “Pick of the Crop”