Manchester based Cloudwater’s much-hyped DIPAs (Double IPA) have become a bit of a thing over the past six months or so.  I don’t know if they deliberately under-produce or have their marketing machine cranked up to 11 but fair play, they sell out in minutes.

I didn’t get to try the original DIPA but to date their best for me has been the superb v2, consumed 9 days after bottling and as fruity as a RuPaul/Boy George duet while manfighting with mangoes and passion fruit. Um Bongo on speed, bliss.

v3 was something similar, a beery grapefruit and orange pith combo but just… not… quite v2. 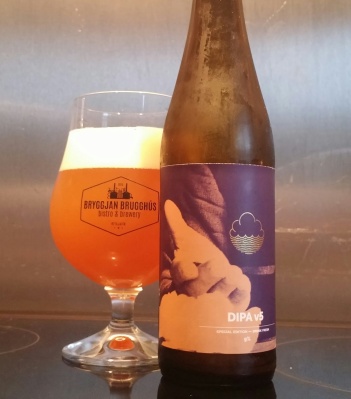 Much cloudier.  Label says dry hopped after fermentation.  Again a little touch of fizz and well hidden alcohol, though this has more of the gummy mouthfeel of a DIPA.  Still not as fruity as v2.

In my opinion v5 edges v4 but where they really comes to life is with a blending of the two.  I’ll be honest and say I was reluctant to do this at first.  Why should the customer blend the two, isn’t that Cloudwater’s role, to decide how the beer is made? 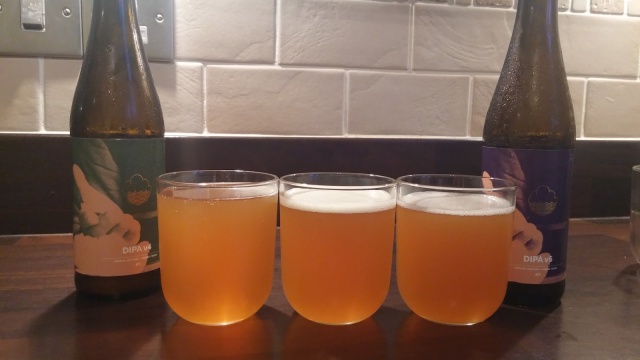 Three blends were created, 75% v4, 50/50 and 75% v5.  In my opinion a half n half mix was the perfect combo: dank passion fruit, mango fizz, sublime, everything that I recall about v2.
The 75% v5 came in a close 2nd (not as fruity) with the 75% v4 a distant 3rd. (too thin)
It seems strange that both versions were below CW’s high bar but a mix of the two created some sort of Utopia.

So is the v4 and v5 a genuine test of which is better or a clever Cloudwater marketing ploy to make you buy 2 beers?  You decide.

Or maybe just opt for their other DIPA Three’s Company, which is a belter. Confused yet?

5 thoughts on “Battle of the Cloudwater DIPA”