It’s a typical Spanish holiday scenario for any fan of good beer; the usual scene-scouring for something that isn’t Mahou/Amstel/San Miguel and anything local is a bonus.  Supermarkets are usually the best bet for something not had before and I’d also found out there was surprisingly and disappointingly only one bar in my Mallorcan resort of Cala Millor that sold local beer. The very personable English owner of Danni’s bar, Colin, mans the bar and is keen to stock as many Mallorcan beers as financial viable.

Beer Lovers Brewery from Alcudia in the north of the island is first on the roll call and its 5.5% ABV Llop IPA. Darker than I expected in the glass but a satisfying malty and deep tropical fruit and orange hoppiness ensued. Just perfect for lounging by the pool in 31°C heat. Let’s hope the hotel’s bar staff don’t spy that I’ve smuggled it in and am drinking from a glass glass procured elsewhere in the hotel – if it ain’t Amstel in a plastic glass, it ain’t from here. 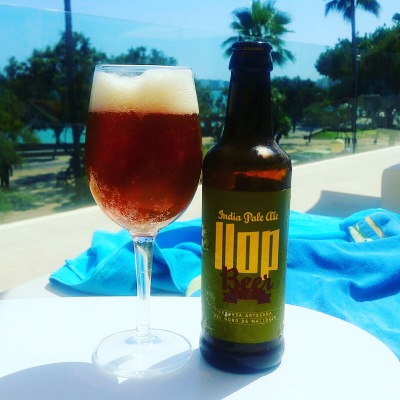 Let’s follow that up with it’s bigger brother, a double IPA cunningly called DIPA.  How do they think of these names, crazy fools. Not sure why there’s a pissed-off looking crab on the label, maybe some subliminal Balearic message in there that flew way over my head but anyway, this is a lovely beer and one of the best from Majorca you’re likely to find.  It’s lighter in colour than little bro but with the chewy orange fruity hoppiness ramped up a touch as you’d expect for a double IPA at 6.9% ABV.  Maybe it was because of the sheer joy at finding it or maybe it was due to the sticky sweat lashing my brow at 11pm but this lasted as long as a 3 year old iPhone battery that’s been packed off to OAP battery care home.

Basqueland Brewing Project is a brewery I first encountered at the superb ABV Fest in Belfast last year so when I saw the 6.8% ABV Imparable IPA looking at me from the corner of Danni’s Bar fridge there was only going to be one outcome. I’ll make no bones about it – this was the tastiest beer I had on my week long holiday.  Bright golden with a superb grapefruit and mango citrus hop hit, it was a well brewed beer that made me go back at a later date and buy another.

Staying on the Spanish mainland and from Barcelona, Raval IPA from Barcino Brewers. The glassware for this was totally appropriate as it reminded me of a quintessential English bitter – a perfectly acceptable 4.5% ABV beer but not exciting enough to grab you by the wotsits and swing you around the poolside lounging area. 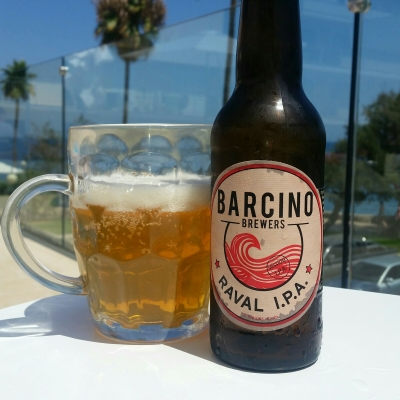 Back to Mallorcan breweries now and a 4.9% ABV Ocre Style Lager by Forastera. To be honest I had no clue what Ocre style lager meant before I picked it up and I still don’t. Maybe some great and wiser bods than I can explain? This used to be called Ocre Dark Lager and the brewery should revert back to that line as its colour certainly surprised me when poured. It’s very malty and yes I know it’s called a dark lager but it was certainly leaning more heavily on the dark rather than lager.  There’s little lager noticeable here as the malt just dominates everything going on. Raisins and dark fruits aplenty but not exactly what I was wanting a refreshing poolside beer to be.

What I was expecting was something like Hivern, a 5% ABV pils from Cerveza Premium Balearis brewery and purchased from the local EROSKI supermarket. It’s a light and fresh thirst quencher, albeit bordering on the thin side, but if you’re wanting an alternative to the macro giants it’s an acceptable offering.

Staying with the supermarket and from the island’s Cas Cerveser brewery is Galilea, a 4% ABV golden ale.  This proved less of a hit than the previous beers, reminding me of a German wheat beer that’s gone a little bit sour.  This is a confused mess – I’ve no idea what’s going on but is it meant to be sour?  I doubt it.  Is it meant to remind me of a weisse beer?  Probably not.  Buy one if you see it just to make up your own mind but make sure it’s just the one.

Finally, and also from the supermarket, is Tuareg Ralf from Cerveza de Maria brewery in the centre of the island. A 4.8% ABV pale ale that’s bordering on the maltier side with some piney and floral US West coast hops.  I say some, there could have been a few more thrown into the mix – this feels like a “what could have been” beer. As a standard pale ale this is fine but alas it’s not going to set your taste buds alight with Balearic delight. 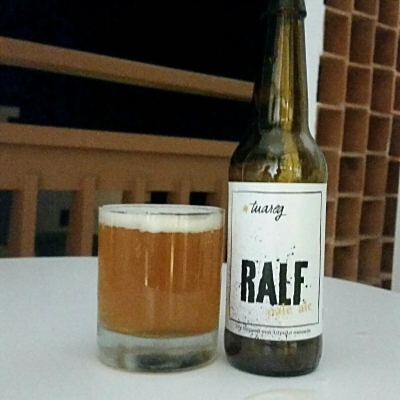 Based on what was bought in the Mallorcan bar and supermarket, we really do have a lot to be thankful for with regards our local Northern Irish and wider Irish beer scene.  When you have a sweeping cross section of international beer that, in general, is below the standard of what we can find at home, it must make us more appreciative of what we have in this tiny corner of north west Europe. 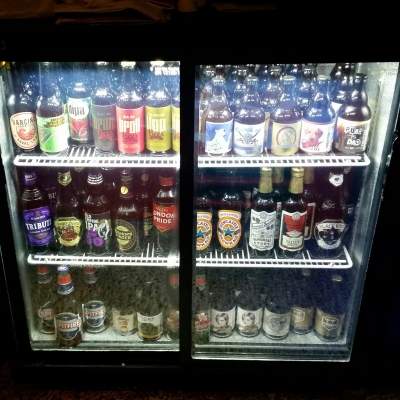 One thought on “Balearic Booze”