Siren Craft is a big name in UK brewing.  I first became aware of it in 2014 after having a very appealing Soundwave, a US west coast IPA.  Siren Craft hail from the west of London direction near Reading and three of their recent offerings had me praising any 1 of the supposed 5 made up patron saints of beer.  Religion sucks by the way.

First up Hillbilly Wine, labelled as a passion fruit and oak IPA. Damn they weren’t wrong there, oodles of juicy passion fruit coming through and as you would expect, a light smokiness from the oak.  The 9% ABV is fantastically well hidden and this Hillbilly ain’t no gormless redneck neither. Beautiful. 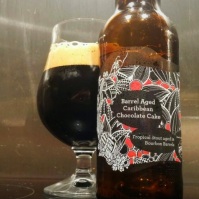 Next, the Cigar City collaboration 8.4% ABV Barrel Aged Caribbean Chocolate Cake.  I’m a fan of the original Caribbean Choc Cake which is like liquidising a Death by Chocolate dessert and ramming it in a bottle. Now imagine before the bottling process, sticking it in a bourbon barrel for a year. Maybe not to everyone’s taste as the vanilla and bourbon may be a little sweet for some, but I love this style and I loved this.

Suitably salivating like a demented window-licker, the taste buds were equally in for a treat with another collaboration, this time with New Zealand’s Garage Project for the 2016 Rainbow Project.  Blacklight Banana at a hefty enough 9.2% ABV has a lovely smokey aroma from the barrel aged coffee beans that lead into a subtly sweet molasses/banana combo upon tasting.  Crazy ingredients but wow do they work superbly.

Moving onto this year’s pumpkin beers (or at least the ones that are available in Northern Ireland)… there aren’t many.  I did a review of pumpkin beers a couple of years ago where I managed to track down five.  Alas this year I managed only two.  Thankfully my preference of the five was available again this time around – 7.2% ABV Stingy Jack by Beavertown.  What used to be a 660ml bottle is now a 330ml can and all the better for it.  Very fresh, slightly fruity with a sweet spiciness of maple syrup, nutmeg, clove and cinnamon. 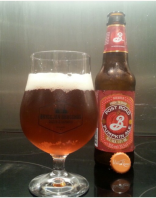 Finally from New York, Brooklyn’s 5% ABV Post Road Pumpkin Ale.  Nothing wrong with it, but it doesn’t have that little punch of spicy excitement that comes with Stingy Jack.  A little nutmeg but a lot less boom for your buck.

One thought on “Siren Sounds with a Pumpkin Alert”